The purposes  of this research is to study the forms and styles of costume of King Rama VI’s spoken plays and their development. The time-frame of the study coveres the period when His Majesty went to study aboard until his demise, from 1893 to 1925, totally 33 years. The sample of study is selected from the spoken plays which His Majesty composed, directed and performed himself, totally 14 plays. The data is collected from mirror-film-pictures, textbooks, documents and photos from National Library. 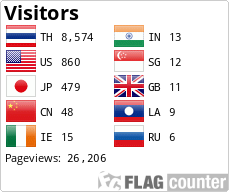