The electrical resistivity of ZnO thermoelectric material has been successfully reduced by doping Ag, WO3 and Al2O3. This thin-film was made using the DC Magnetron Sputtering method. Research on thin-film thermoelectric material was carried out in stages. First, the target material is synthesized, then the sputtering process is carried out to grow a thin-film of thermoelectric. Thin-film thickness was measured using the Tolansky Apparatus method. XRD test performed to analyze the structure of crystals that form in thin-film. The ZEM-3 test was carried out to measure the thermoelectric properties of thin-film. Based on the results of the ZEM-3 test, it was found that the electrical resistivity of ZnO thin-film was reduced to 0.18 Ωm by doping Ag. The thickness of ZnO thin-film doped by Ag, WO3, and Al2O3 were 100.50 nm, 380.70 nm, and 74.72 nm. 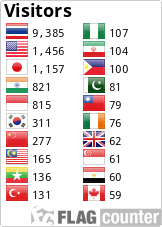